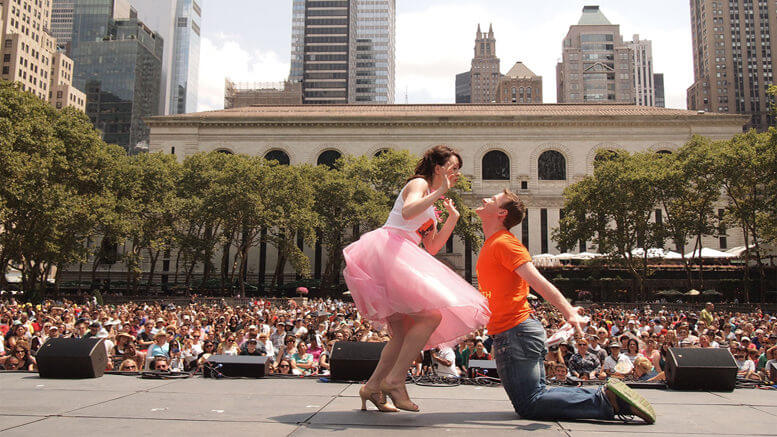 Want to see a little bit of Broadway and Off Broadway for free?  Here’s one way to do it, by seeing performers from some of the city’s biggest shows take the stage outdoors.

Soon after the July 4 fireworks fade, Broadway and Off Broadway performers will present free lunchtime shows in Bryant Park.

The shows, hosted by LITE FM on-air personalities, are a series of open-air, Broadway and Off- Broadway lunchtime performances presented by Aruba Tourism Authority, Lufthansa and Toyota.

The July 6 show, being hosted by 106.7 LiteFM DJ, Christine Nagy, opens with a performance by the winner of Steinway’s Rising Star on Broadway Contest. There also will be performances from STOMP, Groundhog Day, Wicked
and The Phantom of the Opera.

That will be followed by a July 13 show hosted by 106.7 LiteFM DJ Delilah opening with a performance by the Aruba Tourist Authority Carnival Dancers.

The July 13 lunchtime show also will include performances from Kinky Boots,  Beautiful: The Carole King Musical, School of Rock and Soulpepper on 42nd Street.

For schedules of shows on other dates, just click this link and head for the lawn as this series proves that, even if all the world is not always a stage, New York City’s parks can be during the summer.