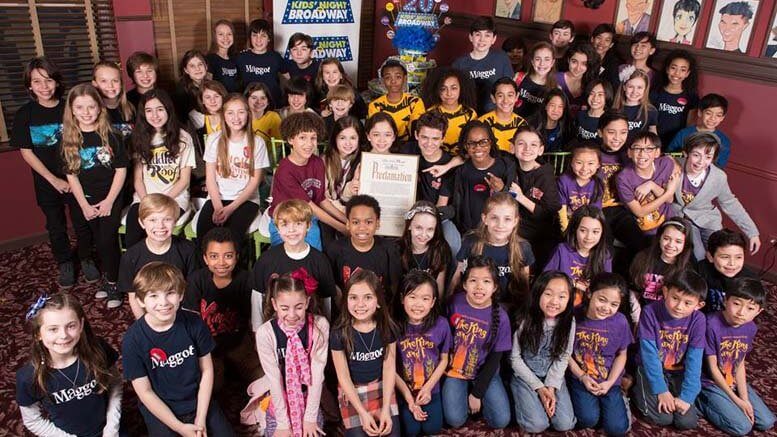 The Broadway League announced its annual Kids’ Night on Broadway will take place on Tuesday, Feb. 27.  2018.

Theatergoers age 18 and under can attend participating Broadway shows that day free when accompanied by a full-paying adult.

All attendees must have a ticket to see shows through this offer, applied as half off each ticket with no additional ‘free’ tickets added to orders

Tickets will be available through this offer as of early December, according to the League. Those interested can sign up for The Broadway Fan Club at KidsNightonBroadway.com to find out when tickets go on sale.

Kids’ Night on Broadway will also take place in multiple cities around the country at shows and venues on varying dates.

Kids’ Night on Broadway is a program run by The Broadway League, a group founded in 1930 that serves as a national trade association for the Broadway industry.

The League’s more than 700 members include theater owners and operators, producers and general managers who present shows in nearly 200 markets, well beyond Broadway, in North America.

The event is presented by The New York Times and sponsored by WABC-TV with additional support from Turnstyle and Westchester Family.