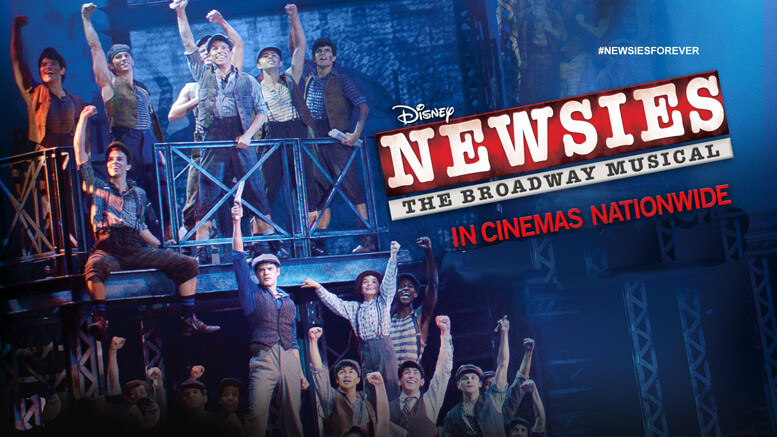 Extra, extra, Broadway is making its way to the Bronx.

‘Disney’s Newsies: The Broadway Musical!’ the movie will be shown outdoors, following a pre-show performance by cast members on Monday, July 24 at Williamsbridge Park Oval in the Bronx at 3225 Reservoir Oval E.

The outdoor event, part of the Mayor’s Office of Media and Entertainment’s Broadway in the Boros series, will begin with a 7 p.m. performance by members of the ‘Newsies’ Broadway cast.

That will be followed by audience participation with the cast and an 8:30 p.m. screening of the filmed version of the show just weeks before it’s shown in movie theaters nationwide.

The movie features Jeremy Jordan, who stars in the television series “Supergirl,” reprising the role he created as Jack Kelly.

Broadway in the Boros is an initiative of the Mayor’s Office of Media and Entertainment to increase access to free Broadway entertainment for New Yorkers living in all five boroughs.

The Williamsbridge Park Oval is accessible by subway via the D train, or by Metro North at the Williams Bridge station.  A rain date is set for July 31.

Soon after the outdoor showing in New York City, ‘Disney’s Newsies: The Broadway Musical!’ will return to 630 movie theaters for a two-day encore presentation on Saturday, August 5 at 12:55 p.m. and Wednesday, August 9 at 7:00 p.m.

The presentation in cinemas also will include behind-the-scenes footage and interviews with the cast and creators.

The story of ‘Newsies’ is based on events that took place in New York City at the turn of the century. Jack Kelly, a newsboy, leads a group of “newsies” in a rebellion after Joseph Pulitzer and William Randolph Hearst raise distribution prices at the newsboys’ expense.

He rallies newsies from across the city to strike, making news and a little bit of history along the way as they stand up for their rights.

Fathom Events is partnering with Disney Theatrical Productions to present this version of the show  filmed live at the Hollywood Pantages Theatre last year.

The presentation features Jeremy Jordan, who stars in the television series “Supergirl,” reprising the role he created as Jack Kelly.

Tickets for the movie theater showing of “Disney’s Newsies: The Broadway Musical!” are available at www.FathomEvents.com or participating theater box offices.