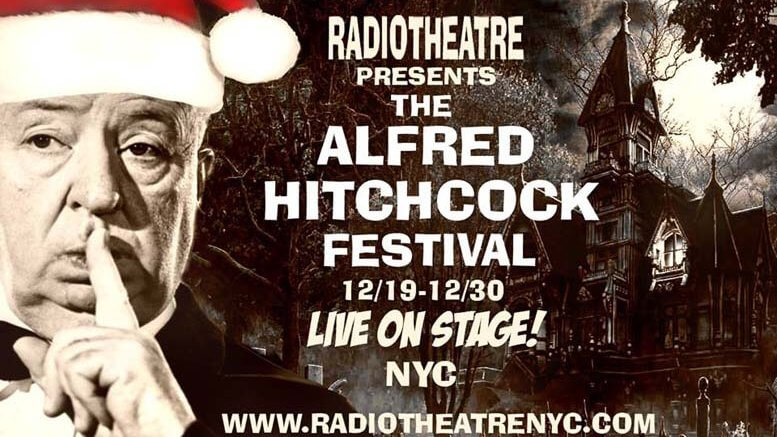 Alfred Hitchcock lovers are in for a treat in the form of a festival in which some of the master’s greatest movies will be presented live in the form of radio adaptations  presented Dec. 19 to Dec. 30 in New York City.

The 1940s-style radio adaptations of famous films originally directed by the Master of Suspense, Alfred Hitchcock, are complete with original orchestral scores, storytellers and sound effects.

The shows, presented in repertory, are adaptations of many of Hitchcock’s most famous and enduring classics. For schedule, tickets for $24 and additional information, go to www.radiotheatrenyc.com.

THE LODGER – in 1888, a landlady suspects that the upstairs tenant is Jack the Ripper.

REBECCA – a young woman marries a wealthy widower who may still be in love with his dead wife.

SHADOW OF A DOUBT – Can beloved Uncle Charley be a serial killer?

SUSPICION – a timid woman suspects her husband is out to murder her for insurance money.

STRANGERS ON A TRAIN – a friendly psychopath plans to exchange murders with a tennis champ.

THE 39 STEPS – a man becomes involved with a plot to assassinate a world leader!