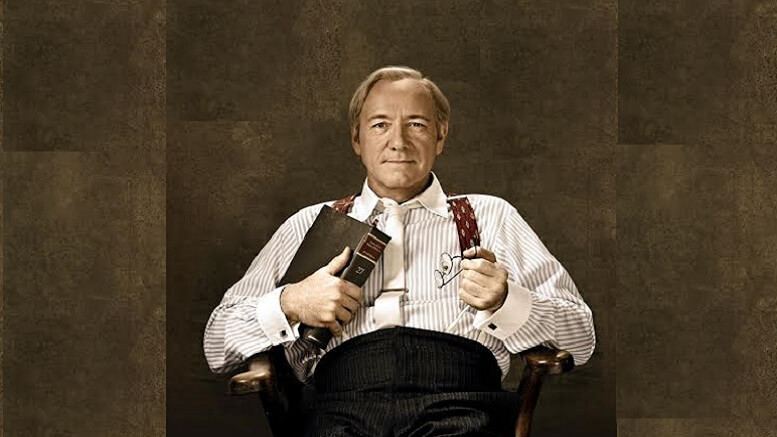 The production, first presented at the Old Vic Theatre in London, is coming to New York City for two nights at Arthur Ashe Stadium in Flushing, Queens, on June 15 and 16 at 8 p.m.

Spacey will appear as Darrow just days after “House of Cards”  returns for its 5th season on May 30 and a few days after he on June 11 hosts the 71st annual Tony Awards on CBS.

“Clarence Darrow was one of the most important attorney’s in the United States,” Spacey said. “I love a new challenge and this is an exciting opportunity to share Darrow’s remarkable story with a broader and more diverse audience than usually gets a chance to see theatre.”

In addition to an opportunity for Spacey to bring history and a larger-than-life character to audiences, this amounts to a homecoming for the one-man show that made its Broadway premiere at the Helen Hays Theatre in 1974.

Darrow is among best known attorneys in the nation’s history, a theatrical litigator famous for the Scopes monkey trial in which the teaching of evolution and creationism came into play.

That trial, long before O.J. Simpson’s trial and acquittal for murder, turned into a huge event watched around the world.

Theatrical audiences known Darrow as a key character in Robert E. Lee’s Inherit the Wind, also turned into a movie, about that trial.

“Of course, drama happens all the time on Ashe,” Spacey quipped over the venue, itself an unusual place for a theatrical performance. “But never quite like this.”

Spacey won a Tony Award in 1981 for Best Supporting Actor in Neil Simon’s Lost in Yonkers and starred in Broadway and West End productions of Long Day’s Journey Into Night opposite Jack Lemmon, as well as in the title role in the Sam Mendes production of Richard III.

He won two Academy awards as well as a SAG Award, Golden Globe Award and Emmy Awards and currently stars in the hit Netflix series “House of Cards” where he also serves as executive producer.