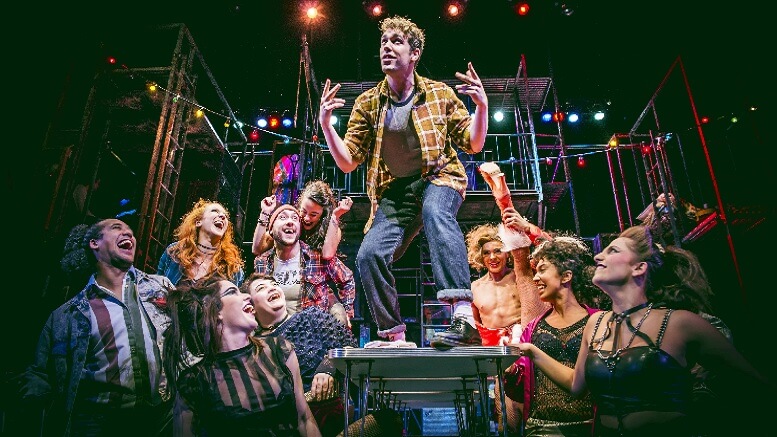 Emmy Award-winning producer Marc Platt and Jonathan Larson’s estate are part of a team who plan to produce a live version of Larson’s Tony and Pulitzer Prize winning musical “Rent” for television.

Fox announced that Platt, who produced Fox’s Grease: Live and La La Land and Wicked , and the estate of writer/composer Jonathan Larson, will take the lead in producing the event along with a handful of others.

Fox Television Group executives Dana Walden and Gary Newman said they were happy to “partner with the estate” of Jonathan Larson and Platt on “one of the great musicals of our time.”

A reinvention of Puccini’s opera La Bohème set in the East Village, Rent follows artists seeking to survive despite financial and other pressures.

The show was originally produced by the New York Theatre Workshop and then on Broadway by that theater along with Jeffrey Seller, Kevin McCollum and Allan S. Gordon.

Larson won the 1996 Pulitzer Prize for Drama for “Rent” after working on various other shows with collaborators, creating a show that quickly has turned into a classic.

He in 1989 won the Stephen Sondheim Award from American Music Theatre Festival for his work on the musical “Sitting on the Edge of the Future.”

He also composed the score for the musical J.P. Morgan Saves the Nation, presented by En Garde Arts in 1995 and  performed a rock monologue, “tick, tick . . . BOOM!,” at Second Stage Theatre, The Village Gate and New York Theatre Workshop.

Larson also wrote songs for Sesame Street and music for children’s book-cassettes, including Steven Spielberg’s An American Tail and Land Before Time. He also wrote four original songs for “Away We Go!,” a musical video for children.

Larson died of an aortic aneurysm on January 25, 1996 just ten days before his 36th birthday.