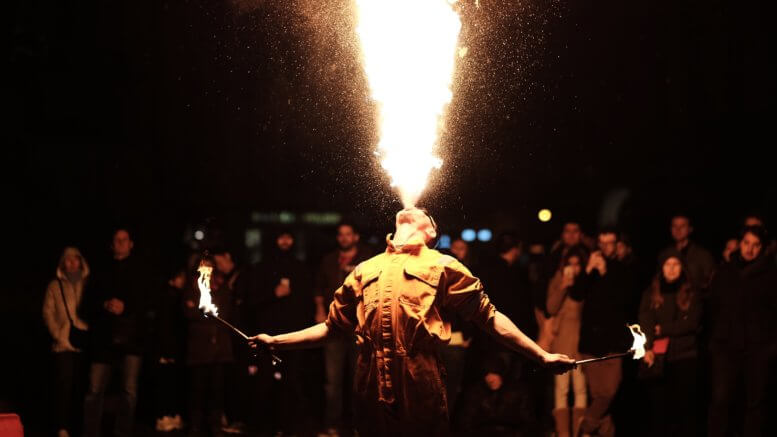 Actors often ask how to choose the best monologue. The answer is simple: the best monologue is the one that gets you the job. It can be intimidating to walk into the Drama Book Shop and be confronted by thousands of plays, but there are ways to make the process much easier.

First, don’t limit your choices. Many actors start by merely looking for something comic or something serious. However, these terms are so broad that you can get stumped and discouraged at the very beginning of your search.

Sometimes a monologue doesn’t seem terribly exciting on the printed page, but that’s the point. It’s your job as an actor to take this material and bring it to life, whether on stage or on camera. It isn’t relevant whether or not you like the play or monologue as long as the material showcases you and your abilities. It may take time to work the piece to find out what makes it tick. Who knows? What seems fine on the first reading may turn out to be a bore the 50th time through.

How to Find Your Type

So how can you find new and interesting material? First,  figure out who you are. Play a typecasting game. Pick several actors who have the qualities you believe you have. Stage actors are better choices than film actors for this exercise simply because plays are far more likely to have monologues. Make a list of five or six of these people.

For some reason, most guys want to be either Al Pacino or Robert De Niro, and most women want to be Jodie Foster or Audrey Hepburn. That’s great, but go further. Remember, the actors you choose don’t have to be on the A-list, but they should have a substantial (and hopefully varied) body of work. Look for actors who never seem to be out of work and have performed in widely different styles.

The Best Monologue For You

Do a little research. Find out which plays these people have appeared in. Read their program bios. Visit the Internet Broadway Database (ibdb.com). Go look at their clippings at the Billy Rose Theatre Collection of the New York Public Library for the Performing Arts. Then read some of the plays that you have found. Not every play is going to have a wonderful monologue, but if you are doing this right, every play should have a role in which you can potentially be cast. Free associate about whatever actor you have chosen. Whose roles did they revive? Who played their roles in the film/TV series/revival/musical version? Who were his or her models? Do a reality check. Ask yourself if people really see you this way. Ask them. Don’t try to be Mayim Bialik if what you project is closer to Kaley Cuoco.

Also, don’t overlook the flops that your actors may have been in. A not-so-great play may have some wonderful material buried in it. After all, if a star appeared in this play, something attracted him or her in the first place. Don’t be afraid to go back in time. A contemporary monologue is one that sounds contemporary, not one that was written last week.

And try not to be overly specific about what you want. For example,  “I want a monologue where I can be psychotic, dangerous and yet somehow charming. And if you can find one where I have a slightly incestuous relationship with my sister, and come from Rhode Island that would be great!” While this may be an idea for a one-person show, it’s not going to help you find a monologue.

Why The Play You Don’t Read Won’t Help

There’s no substitute for reading. There are some shortcuts that you can use, but only in addition to actually reading the plays. There are many references and secondary sources for finding material, too. Leonard Maltin’s Movie and Video Guide, has a very useful list of actors and their film credits. Additionally, every year there are two great series published by Smith & Kraus: The Best Women Playwrights and Humana Fest volumes collect many terrific new plays that may never come to New York, but often yield some great lesser-known monologues. These books contain plays by Richard Dresser, Mary Gallagher and Steven Dietz, among others, that aren’t done to death. Studs Terkle’s Working contains real-life monologues about people and their jobs, and has great low-key material that you can shape for yourself. This is one of the best non-theatrical books for monologues.

If you feel the need to demystify Shakespeare, you may also want to read Shakespeare A to Z, by Charles Boyce. It contains a breakdown of every Shakespeare play and character, and it points out where you can find every monologue.

You should also rent some movies based on plays. Become familiar with Tennessee Williams, Neil Simon or even Shakespeare through films based on their work. Spend some time at the Paley Center for Media watching TV productions of some fine plays that weren’t made into films. Some of the earliest stage productions with Meryl Streep, Nathan Lane, and John Malkovich are available there on video tape for you to watch. If you’re really ambitious, the museum also has radio productions of plays starring Alfred Lunt, Lynn Fontanne, Orson Welles and many other legendary stars. Far too many actors seem to have no sense of history. All of these names should be familiar to you, and you should have a very good idea of what material to use when auditioning for various styles of plays.

Always Fall Back on the Classics

In today’s climate of smart and successful revivals and revisions, the classics can be as contemporary as ever. Having a literary background will help you as a performer, especially if your acting classes didn’t refer to anything before 1985.  Don’t be afraid of the true classics. A surprising number of actors are completely not ready to work on any play not written in this century. Yet it seems every actor in Hollywood has appeared in a Shakespearean film: Calista Flockhart, Keanu Reeves, Mel Gibson, Denzel Washington, Billy Crystal and Kate Winslet, to name a few. If Leonardo DiCaprio can do Shakespeare, why can’t you?

Monologues to avoid at your next audition.