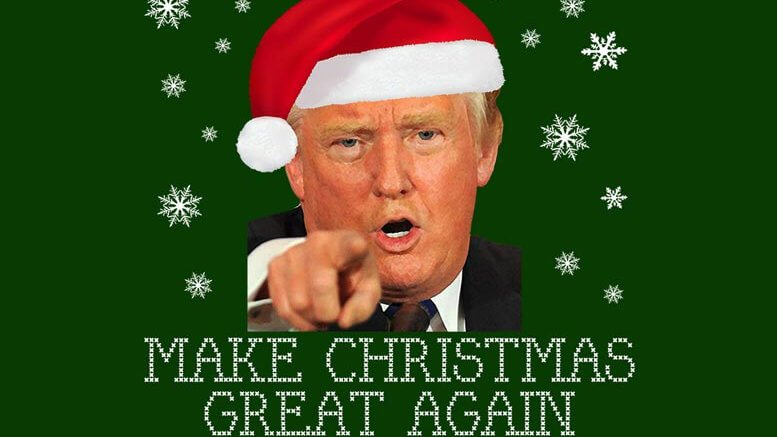 Make Christmas Great Again, a holiday themed comedy written by Martha Lorena Preve-Ayora and directed by Paloma De Vega Centenera, is slated for a December run at the Kraine Theater. But one might also call it Make Mexico Great Again based on the story.

FRIGID New York @ Horse Trade in association with Something from Abroad are presenting the show  Dec. 11-13 at The Kraine, at 85 E. 4th Street,

“Desperate times call for desperate measures,” according to the group’s description of the setting for the show which puts a dangerous leader at the helm of the globe. “Satan has come to power and rules the free world.”

An angel announces that Maria, a young Mexican, has become the mother of society’s latest savior in this comedy that, the group says, touches on religion, politics and immigration.

Martha Lorena Preve-Ayora, the playwright, is a Mexican film and theater actress who studied acting in Mexico and New York.

She started Something from ABroad in New York City and has directed the company’s productions of Dog Sees God and Not Another Christmas Story (which she also wrote). Her script A Night With the Dead was recently staged at The Kraine Theater.

The show, she said, is  a’ Pastorela,’ a Mexican play that takes the Navity story and its characters and gives them a comic, current twist.