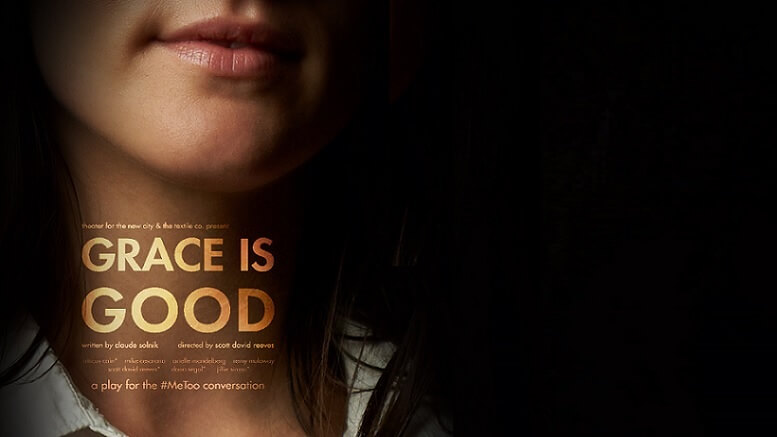 Many stories, some involving celebrities, have captured headlines and propelled “Me too” into the forefront of culture and conversations. Reporters have won Pulitzer prizes for covering cases. Many people talk about their “Me too moment.” This movement has enlightened many on the sort of sexual harassment and abuse that many workers experience daily. By creating the movement, many more women have been inspired to reach out to a sexual harassment attorney to try and help them in a legal battle against their harasser, hopefully gaining some deserved compensation for their horrible experiences.

It has been a watershed for American culture. And the entertainment industry has certainly been part of this, generating cases and fueling the conversation. Still, the drama has dominated newspaper pages more than the stage.

While newspapers and society in general are busy dealing with the meaning of Me Too, now a new play deals with these and other issues.

Theater for the New City is presenting the Textile Co.’s production of Grace is Good, a new play by Claude Solnik about relationships and rumors in the workplace and a new story for the Me Too conversation.

The show, directed by Scott David Reeves, runs May 31 to June 17 at Theater for the New City, 155 First Ave., between Ninth and Tenth Streets. Tickets are $18 and $15 for students and seniors available by clicking the Tix. link.

The show, a mixture of drama and comedy, uses theater to look at a topical, but timeless Me Too story in the workplace.

It comes inappropriate relationships and harassment have become part of everything from water cooler conversation to headlines, lawsuits and simply life.

“Grace tells a Me Too story that hasn’t been in the news, but could easily happen in any office,” Solnik said. “It’s even more complicated, because co-workers try to figure out what’s occurring, whether it’s inappropriate and whether it’s harassment.”

Grace is Good is an Actors’ Equity approved showcase in which Arielle Mandelberg plays Grace, a new hire at an aviation publication, where Warren, played by Scott David Reeves (Equity), is the editor.

Co-workers include Nate played by Atticus Cain (Equity), Barry played by Mike Cesarano and Annette played by Dana Segal (Equity), who all become suspicious that Warren played by Scott David Reeves (Equity) is taking advantage of the new hire.

Jillie Simon (Equity) plays Marie, the publisher who tries to protect everyone. Remy Muloway plays Alex, the ghost of a former hire who haunts the office.

Anonymous complaints, quotes from Jane Austen and suspicious encounters all build suspense as the office is divided, while everyone tries to determine how and whether a boss and new hire are involved and whether it’s inappropriate – and even potentially illegal.

“Grace is a new hire and her co-workers are trying to keep an eye out for her, so she doesn’t make any rookie mistakes. Warren, the paper’s managing editor, decides to take the new reporter under his wing,” Reeves said. “As their friendship grows, so do her co-workers’ suspicions. The office grows tense as accusations fly and the situation spirals out of control. Grace is Good examines the limits of professional relationships and the danger of rumors.”

Grace is Good, with Joanna Newman as stage manager and lights and sound by Marsh Shugart, also looks at how relationships in the office can impact the people involved and co-workers – and how it can destabilize the workplace.

As we watch the story unfurl, we wonder whether the co-workers are engaged in a witch hunt or are simply getting to the truth of a case of a manager exploiting a younger staffer.

The fictional story examines how people’s interpretations can matter as much as actual actions involving an older and a younger worker. The two were holding hands in the parking lot or were they?

The two disappear together, covering up a relationship between a manager and his new hire that’s against company rules. Are we in a variation of Harvey Weinstein’s world or is this The Crucible instead where suspicion is the sin?

“If the cast discussions during rehearsals are any indicator, this play is sure to start a dialogue on the gray area between right and wrong,” Mandelberg said. “It’s been a stirring, moral-questioning trip to take, especially at this time in our society.”

Grace’s job interview seems to go on longer than most. What did the two discuss? There’s special treatment or is it just the natural concerns for and efforts to help a new hire?

“Each woman in Grace is Good has her own Me Too story,” Reeves said. “Grace is Good takes one story and shows it to us on stage, following it from suspicion to resolution and even revenge.”

Remy Muloway, the ghost of employees past, haunts the office, as we hear about how he was fired – and learn about shouting and what sounds like bullying.

When Warren swings a baseball bat in the office, is he a bully taking aim at a co-worker or just a one-time ball player relaxing by remembering his days on the ball field?

“Every Me Too story is very specific, but also universal. We keep hearing about new cases, but the issue of what’s appropriate, what’s right and what’s wrong, remains,” Reeves said. “Are relationships in the office wrong? If they involve a supervisor and a hire, are they tinder boxes?”

The show looks at how easily a relationship in the office can alter the workplace for all involved. Did they or didn’t they? And if they did, is it harassment?

“Grace is Good is about people working in an office who get involved one way or another,” Solnik said. “But how and when does it cross a line? The play is a fictional story of what happens when a relationship in the workplace leads to suspicion and the chaos and struggles that can follow.”