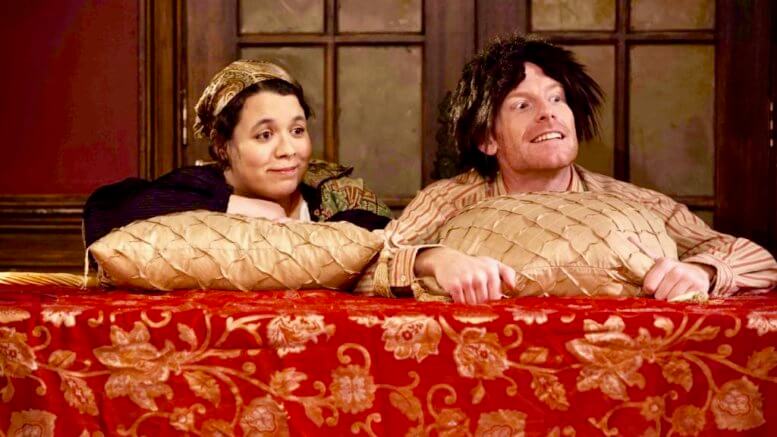 Frankenstein, a new musical based on Mary Shelley’s novel with book, music and lyrics by Eric Sirota and directed by Clint Hromsco, has been extended.

Producing Artistic Director John Lant, Write Act Repertory and Tamra Pica said the production of Frankenstein will continue Mondays at 7 p.m. through June 25th 2018 with an additional performance Sunday, March 18th at 8 p.m. There is no performance on Monday, March 26th.

Performances are at St. Luke’s Theatre, 308 West 46th Street (between 8th and 9th Avenues). Tickets cost between $20 and $99 and can be purchased through Telecharge by clicking Tickets ,  going to https://www.telecharge.com/Off-Broadway/Frankenstein-a-new-musical or by calling (212) 239-6200. For more information, please visit https://stlukestheatre.com.

The musical is playing during the bicentennial of the book by Mary Shelley, published in 1818,  providing a timely anniversary for this recreation of one of the world’s most famous stories.

Sirota said the adaptation of Mary Shelley’s novel has “a sweeping romantic score” and a story about “the human need for love and companionship.”

The show and the score have garnered some good reviews, being dubbed in a review on BroadwayWorld as “a success of a show that should be considered something great in the realm of musical theater.”

TheatreScene said the show “takes the audience by the ears”  and Off Off On Line said Sirota “imbues his show with the serious philosophical underpinnings of Shelley’s original.”

Local Theatre NY described the “soaring new score ” as “a musical love letter true to its source material” that is “infused with enough emotion to send chills down the spine.”

Sirota said he first thought about doing a musical about this story decades ago, inspired not just by the book, but by a Broadway play.

“I had first conceived of this project when, after seeing the short-lived 1981 Frankenstein play on Broadway,” he said. “I reread the book and heard the story sing in my head as a musical.   I was a scientist getting my degree in physics, living far from home and far from the girl I loved, and the story spoke to me both intellectually and emotionally.”

Sirota is a composer and playwright, as well as researcher and fellow of the American Physical Society with a PhD in physics from Harvard and more than 90 highly cited publications and 20 patents.

“I came to writing for musical theater initially from the music side, having studied composition,” he added. “I wanted to take people on emotional journeys, and I knew I could do that with music; but there are also stories I wanted to tell.  Music can stir the soul and is a universal language.  But when you find the words that join the music as equal partners, and in service of the story, propelling it forward in both plot and emotional arc; nothing is more creatively fulfilling.”

After losing his mother at a young age, Victor Frankenstein seeks to “end man’s mortality and arrogantly enters territory beyond his control” in the words of the producers. “While he enjoys unconditional love from Elizabeth, he grants none to his creation,” as they put it.

Sirota’s Frankenstein already has had some success, before coming to life this year under its current title.

Under the title ‘Day of Wrath,’ Frankenstein was an Official Selection of the New York Musical Festival’s Reading Series in 2015 and received a reading as part of the Emerging Artists Theatre New Work Series.

Sirota’s musical Your Name On My Lips, an original love story, played at Theater for the New City last March.