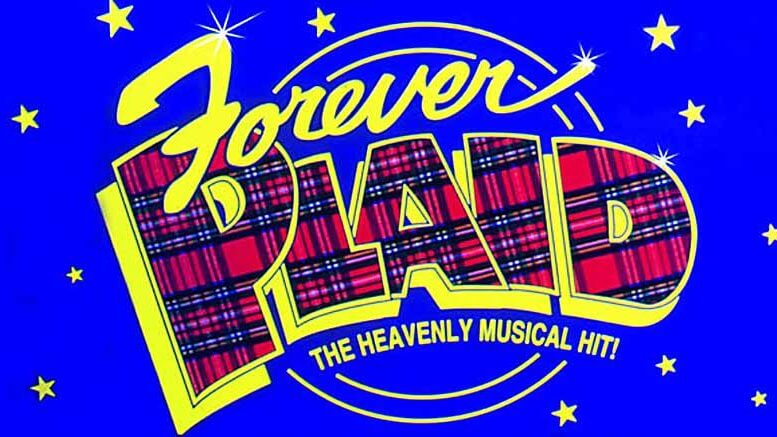 Forever Plaid is returning to New York City for a brief, benefit run at the location where it launched three decades ago with special appearances by original cast members.

“’Forever Plaid’ started right here at the West Bank nearly 30 years ago before transferring uptown for nearly ,2000 performances,” creator/director Stuart Ross said.” “The show has played on every continent [except Antarctica] but the The Plaids miss New York and knew the Laurie Beechman would make the perfect place to return for the BC/EFA benefit performances.”

Forever Plaid is the story of a semi-professional harmony group that meets their demise on the way to their first big gig, the night the Beatles played the Ed Sullivan Show, February 9, 1964.

But the universe smiles on the singers and allows them to slip through a hole in the ozone layer to do the show that they never got to do in life.

The show features such hits as Sixteen Tons, Chain Gang, Three Coins in the Fountain, Perfidia, Cry, Catch a Falling Star, Day-O, Gotta Be This or That, Matilda, and Heart and Soul performed by the boy band – The Plaids.

The Plaids will be played by: Sean Bell as Smudge, Nick Cearly as Sparky, Joshua David Cavnaugh – Frankie, and Justin Sargeant as Jinx.

Produced by Richard Martini, the production is directed by Stuart Ross with David Hancock Turner serving as music director and Jason Buell as production coordinator. Original arrangements and musical continuity by James Raitt.