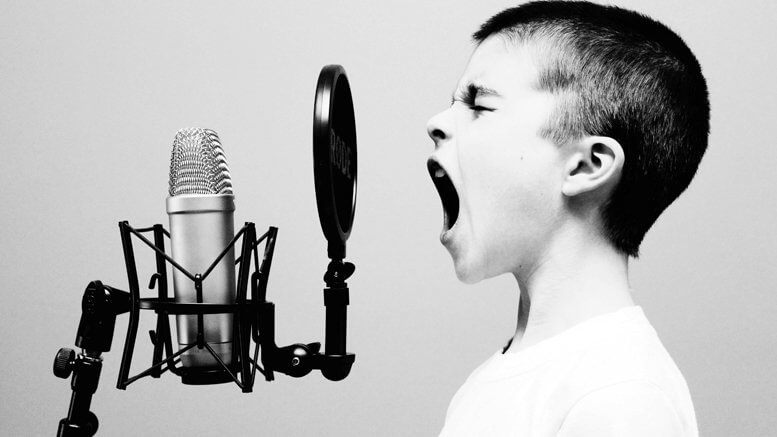 Commercial voiceover work is a great way to expand your talent and acting career. Starting a voiceover career can be just as profitable as being on camera. Meanwhile, animated television shows have proven their small-screen staying power (The Simpsons is the longest-running sitcom in TV history), and CGI blockbusters such as Zootopia and Toy Story continue to dominate Hollywood. Also, the video game industry grosses more than the film industry and has become a regular paycheck for many voiceover artists.

Where To Find A Good Voiceover Coach and Class

New York is brimming with schools and private trainers to get your voice in shape. However, before choosing an instructor ask yourself what career path you want to take.  How will your voice play into that decision? Just as playing Lady Macbeth requires a different approach than playing a housewife in an oven cleaner commercial, hammering through a Gilbert & Sullivan score requires different technique than crooning out a torch song in a piano bar. Likewise, doing narration for a lemonade commercial uses a different set of skills than doing ten voices for a Saturday morning cartoon. Some schools specialize in very specific types of training, so know what you’re getting into, and why.

When it comes to training for voiceovers, David Zema of David Zema’s Voice of Success Program has this to say: “People think ‘I have a good voice and some acting training, and I should be able to go out and do this.’ But their competition is not an actor who sometimes does voiceovers, their competition is a voice artist who always does voiceovers. So if that’s what you’re competing against, it’s going to be very difficult to win auditions without training. I’m not suggesting that you give over your entire career to voiceovers but at least know the game and have the tools.”

Finding the Right Teacher Is Hard

Not everyone who offers vocal training is qualified to do so. For instance, if a prospective teacher promises to have you speaking like British royalty, but himself sounds like a cross between Sylvester Stallone and Sylvester the Cat, keep shopping. Whether you’re looking to sing, or just improve your enunciation, find someone who knows his or her technique.

When seeking training for voiceover work, Rodney Robb of Philadelphia’s Actors’ Center says, “Find a trainer with experience and one who has a good track record of training people who book work doing voiceovers. Audit a class and see if the instructor spends six weeks just teaching you how to breathe — stay away from people who are wasting your time.”

How To Audit Your Way To First Class Training

Once you’ve found a qualified teacher, make sure you have the right relationship with him or her. Actor, teacher and 2005 Tony-winner for Best Leading Actress in a Musical, Victoria Clark, says it is OK to try more than one teacher.  “Audition them, instead of them auditioning you. You don’t have to spend a year with someone before you decide they’re not right for you,” she said. “I once had one teacher who threw a tape recorder and her cat at me because I was five minutes late.

If you don’t want to be a singer (or you’re still stubbornly clinging to the belief that you can’t), voiceover work is another reason to do vocal training. Voiceovers pay much better than an off-off-Broadway show. And doing the voice track for an adult diaper commercial can pay your rent. Meanwhile, you fulfill your artistic needs playing Hamlet in a black box theater in Brooklyn.

Don’t think you have to sound like Moviephone, or that guy who does all the movie trailers. In fact, there is work out there for just about any type of voice. It’s how you use your voice that’s important. As Zema says, “It’s much more specialized today than it was 30 years ago, when it was just the Voice of God saying ‘buy this America, it’s good for you!’”

You Have To Work Hard For The Money

Voiceover work may appear easy, but don’t be fooled: You still have to work for your money. “There’s a lot more to it than people think,” says Zema. “It’s not just about having a pleasing voice. It’s being able to create a character fast. We don’t get six weeks to study it. Sometimes if you’ve auditioned for more than one character, you don’t even know which one you’re playing until you get to the studio to record it.”

You might think that the first step in voiceovers is cutting a demo. Not so, according to Zema. “Actors call an agent and the agent will say, “Send me a demo,” and the actor thinks that’s the next step. It’s not the next step. It’s the last step of the process. The first thing is to get training and find out what your voice is right for.”

The Nuance of Voiceover Work

Don’t just assume that because you can play King Lear, you’re automatically qualified to play a robot in a Saturday morning cartoon. Robb elaborates on the difference between classical acting and voiceovers: “Traditional acting training is over the top. Voiceover is more intimate. You have to sound real, not like a newscaster. It should sound like an intimate conversation between you and just one other person, not like you’re talking to people way up in the balcony of a theater.”

However, some classical training is an advantage. According to Zema, “A lot of actors who have classical Shakespearean training have been able to more readily see what we’re doing in voiceovers, because Shakespeare is so varied. It’s about the word and knowing how to portray each word.”

Voiceover training can also be fun. In what other industry would watching SpongeBob SquarePants be considered research? Robb describes some of the exercises he teaches his students: “In class, we teach dubbing, so we watch cartoons,” he said.  “Then the students try to match their voices to the characters’ mouth movements. Another exercise is where we do a commercial on video and we don’t stop the tape even if they make a mistake. Then we have the students dub over each others’ video and emulate everything they say and do, even the mistakes.”

Your Voice Is Your Secret Weapon

Ultimately, vocal training for actors is only something that will enhance a career. There isn’t one situation where having vocal training on your resume will hurt you — it’s like having another weapon in your arsenal. And in these competitive times, having an extra edge to your skills is what will land you work.

Whether you want to be the next Bette Midler or just want to be the next Geico Gecko, your voice is the most important tool you have as an actor. Learn to use it well. Clark’s advice? “In the end, there are no maps to success. Don’t get discouraged and don’t worry,” she said. “Because worry closes the throat.”