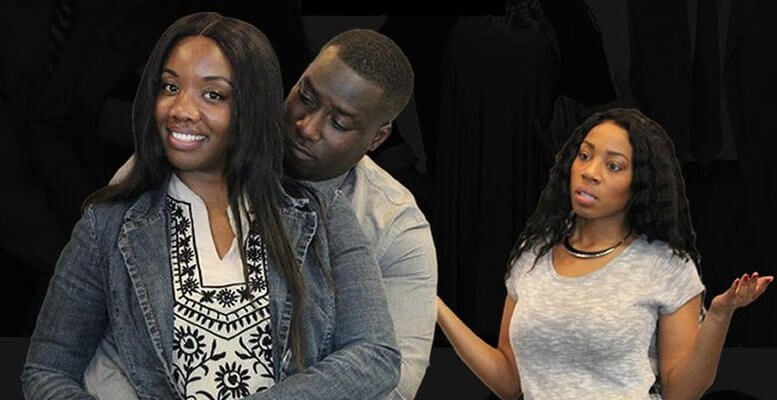 Theater 294 and the Long Island Repertory Co. are presenting a reprise of One Woman Man, a hilarious, new comedy with an African-American cast about a man who has everything – and wants a little more.

Marlo Roberson and Jamal Blair wrote the show, being brought back for a third time, after two successful runs, playing June 1 to 10 at Theater 294, 294 Route 109, (Farmingdale Rd.), in East Farmingdale.

“Alonzo’s a hard working man trying his best to make his way up the ladder of success. Meet his wife Keisha, a loving and supporting woman always by the side of her faithful man,” Roberson describes the situation. “But what happens when a man who has it all stares temptation dead in the eyes? Will he stay true to his wife? Or will he break and jeopardize his marriage?”

Obed Burgess stars as Alonzo, a kind of everyman who tries to be true to his wife only to find himself torn between temptation and fidelity, leading to a series of farcical developments.

Jamal Blair plays Mr. Whitingdale, Alonzo’s boss, and Marlo Roberson plays Antoine, a waiter who finds himself caught in the middle of the farce.

The result is a hilarious series of twists and turns that in this show half way between Neil Simon and the Honeymooners, but with an African-American cast.

Burgess is a likeable would-be Lothario who somehow manages to do the wrong thing, but keep audiences laughing as he tries to explain his way out of it. Two angels always seem to be perched on his shoulders and he never seems able to reconcile the two.

“It’s not just a play about a guy cheating, it shows the trials and tribulations of relationships.” Roberson told Newsday in an interview. “We give you a better understanding of why guys do what they do.”

The show, with an African-American cast, is part of Theater 294’s own mission of providing entertainment, but also diversity in a local theater scene where that is often lacking.

One Woman Man has attracted diverse audiences who enjoy comedy and laughter, while watching good performances.

“We’re making it an even playing field for everyone,” Roberson told Newsday. “We just want to make sure that everyone can express themselves across the board.”