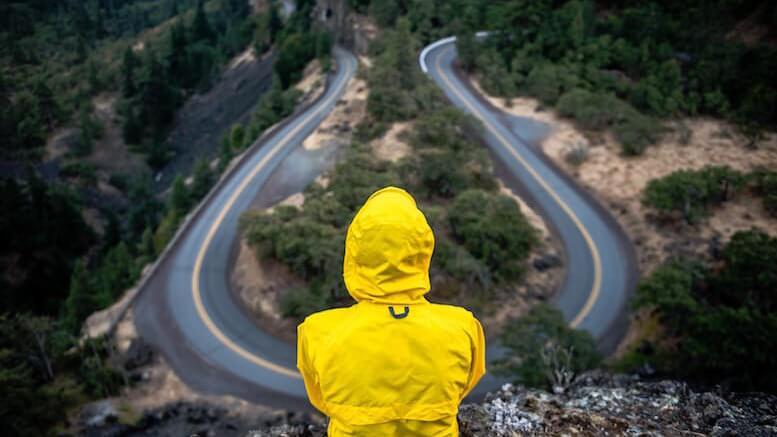 Russian theater artist Konstantin Stanislavsky revolutionized acting by introducing psychology to the craft. Acting was no longer just about representation. It was about making behavior a real. A “believable truth.” He taught that an actor should make use of real-life situations and “emotional memory.” The actor should draw upon past experiences to recreate the emotions for a scene. Stanislavsky later developed physical methods of accessing emotions. Repeated actions could help an actor “become” the role.

The Stanislavsky system formed the bedrock of 20th-century acting technique. It came to the United States, where it developed into different schools. Others, such as Sanford Meisner and Stella Adler, pushed the ideas in different directions. But the goal remained truthful behavior. Adler emphasized the importance of imagination and making strong decisions. “Your talent is in your choice,” she often said. Meisner focused on finding the right activities and behavior that had personal meaning to the actor.

And then there’s Viola Spolin. Spolin developed a host of games to release an actor’s natural creativity. The games unleashed a sense of play, too. This opened up new avenues of self-expression.

The list goes on, but you get the idea. Each approach has something different to offer. The important thing is to find out what works best for you.

The Method and Its Descendants

In 1923, Richard Boleslavsky and Maria Ouspenskaya, two Stanislavski protégés, founded the American Laboratory Theater in New York. This officially brought the Stanislavsky system to the U.S. It was here that actors Lee Strasberg, Stella Adler and Harold Clurman learned the system and saw it as a breakthrough in the craft.

Clurman and Strasberg teamed up with the producer Cheryl Crawford and founded the Group Theater in 1931. The theater went on to include Stella Adler, Elia Kazan, Robert Louis, Clifford Odets, Paul Strand, Sanford Meisner, Anna Sokolow and many others. It was out of this group that the craft of modern acting in the United States developed by leaps and bounds.

Despite the great theatrical successes of the Group Theater, the organization did not last. With much internal and organizational conflict, the Depression, and World War II on the horizon, the Group Theatre closed in 1941. Yet, Stanislavski’s method was destined to live on in the U.S. In 1947, a few years after the war was over, four of the original Group Theater alumni—Elia Kazan, Cheryl Crawford, Robert Louis and Anna Sokolow—founded the Actors Studio. In 1951 Lee Strasberg joined the Studio and became its director. The Actors Studio still exists in New York City, with a branch in L.A. It is currently run by Harvey Keitel, Ellen Burstyn and Al Pacino.

Although the Actors Studio lives on, its founders continued to refine the Method in their own way. Strasberg, Adler and Meisner developed their own techniques and founded their own schools. Robert Louis became a famed acting coach and teacher.

Sanford Meisner broke from Strasberg on the subjects of affective and sense memory. He believed Strasberg’s use of the actor’s own personal memories caused actors to focus too much on themselves. Consequently, he felt this clouded their ability to fully tell the story of the script. Instead, he advocated full immersion in the moment.

Meisner extended Stanislavski’s system to develop an actor’s improvisation and personal response to script work. He emphasized a moment-to-moment truthful spontaneity among actors within fictional circumstances. Meisner is quoted saying that he taught actors how to “live truthfully under imaginary circumstances.”

Meisner training is also heavily based on actions It reminds actors to commit to a task and objective rather than focus on the words of dialogue. Focusing an actor’s attention on a partner and having him or her commit to an action forces the actor into what he called “the moment,” thereby propelling the actor forward with more purpose.

In 1934, Stella Adler studied directly with Stanislavski in Paris. She was the only Group Theatre acting class member to do so. Yet by this time, Stanislavski had revised his theories. He now emphasized that the actor should create emotion by imagination rather than memory.

After acting for several years in Hollywood, Adler returned to New York. Having broken away from Strasberg after her time with Stanislavski, Adler founded her own school in 1949. Whereas Strasberg used an actor’s personal emotional memories, Adler developed techniques to conjure true emotion through a scene. Consequently, she agreed with Meisner on the importance of an actor’s actions, believing in “acting as doing.” Furthermore, she taught that an actor must have a justification for performing each action on a stage or on screen.

Adler advocated “size.” Hence, she believed actors fall into a rut while trying to be natural and organic on stage. She found that with their goals to be “natural,” they became ordinary, boring and small. They spent too much time in their heads. Thus she worked to incite a sense of “epic” in all acting. Not melodramatic or forced, but with an emphasis on being heard and seen through voice and action.

Deemed “The Mother of Improvisational Theater,” Viola Spolin was the only seminal acting teacher who did not descend from any of the progenitors of the Method.

Spolin’s techniques arose in Chicago in the 1950s. She created theater games to aid actors in focusing on the present, and find choices through improvisation as one does in real life.

From 1960 to 1965, Spolin worked with her son Paul Sills as workshop director for the Second City theater troupe. There she continued to teach and develop Theater Games theory and practice. To this day, Second City is one of the foremost troupes for developing comedic talent. Furthermore, Spolin’s systems are used throughout the country in theater applications and beyond. In addition, her book, Improvisation for the Theater, is considered the Bible of improv.

Finding The Right Acting Class For You

It’s important to keep in mind that every actor develops his or her process in a different way. All art is interpretation. If acting is your calling, your medium is your own body. Consequently, you are the instrument by which you render a writer’s and director’s artistic voice.

Whichever technique you like, good, reputable teachers can show you the way. Acting is an art. Therefore, pursuing a life in the performing arts makes you an artist. Techniques are created to guide, support and inspire to help you grow as an artist. In an acting class, everyone uses the same technique. Yet on the job, no one cares what your technique is. At the end of the day any technique is about being the fullest artist you can be. Since you never stop growing as a person, you should never stop growing as an actor.

The good news is that instructors and program directors are on your side. They’re not out to intimidate. They just want to open doors for aspiring actors and allow them to learn and grow. Good instructors will try to get the best out of their students, regardless of style. If a technique doesn’t feel right, you should explore other options. New York benefits from an abundance of acting schools, and there is simply no excuse for staying in an acting class with an instructor if you believe he or she is not looking out for your best interests. You can find great acting schools all over the world, including this one in Sydney: parramattaactorscentre.com.au

How 30 Second TV Commercials Are Money